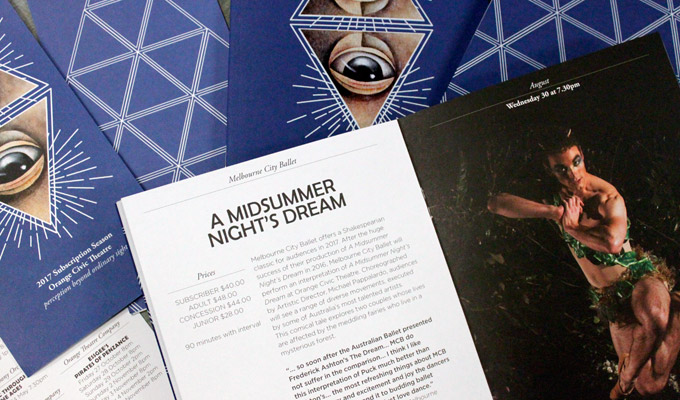 After winning the tender for another Orange Civic Theatre Subscription Season design, we set to work on the look and feel for 2017. We created a look that draws from ancient symbolism, however – rather than referring to an ‘all seeing eye’ in the sense of a deity, we look at how theatre as a medium intensifies stories into spectacle – giving us perception beyond ordinary sight.

Keaykolour Original Royal Blue from K.W.Doggett sets the scene for the cover of the book and invitation to the Season launch; printed in white only on the invite, the full graphic is revealed on the book cover handed out at the launch. Typographically the layout takes inspiration from 19th century book and leaflet printing.

A handy calendar of events is folded and inserted into pages of the book, to refer to throughout the year (printed on white artboard with a harmonious solid blue on the outside). 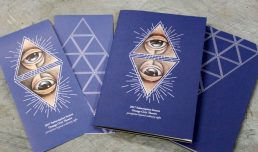 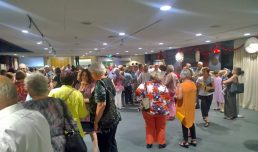 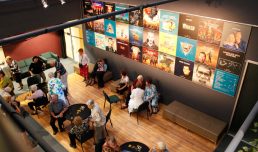