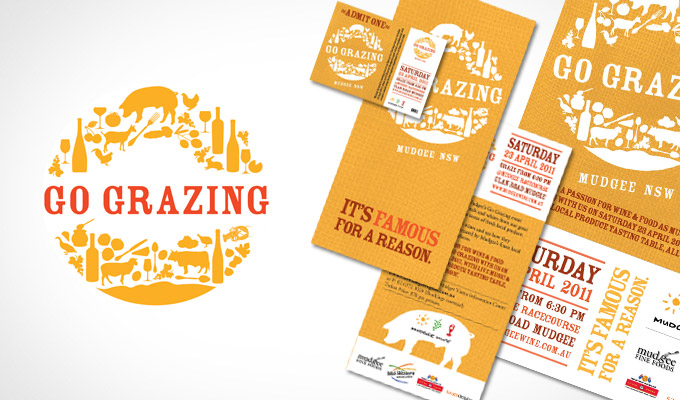 It’s famous for a reason.

If you happen to be anywhere near Mudgee at Easter or in September, we recommend you check out Go Grazing! In 2011 Sauce Design became a sponsor of Mudgee’s Go Grazing event a food fest which matches the best of the region’s wines with offerings from Mudgee’s finest chefs created from fantastic local produce.

Sauce created the new identity of the event, featuring a platter formed from samples of some of the delectable local ingredients.

In September 2011 I finally made it to the event having had to raincheck in April. After a beautiful drive from Orange through Sofala to Mudgee my partner and I sampled as many wines and nibblies as you could poke quite a big stick at! The event was certainly a great success and another, Go Tasting, [also branded by Sauce] now complements the Mudgee Wine Festival. Check out the Mudgee Wine website for details and tickets to these regular events. 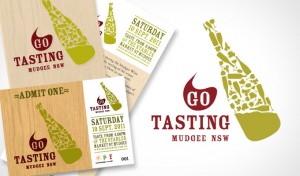